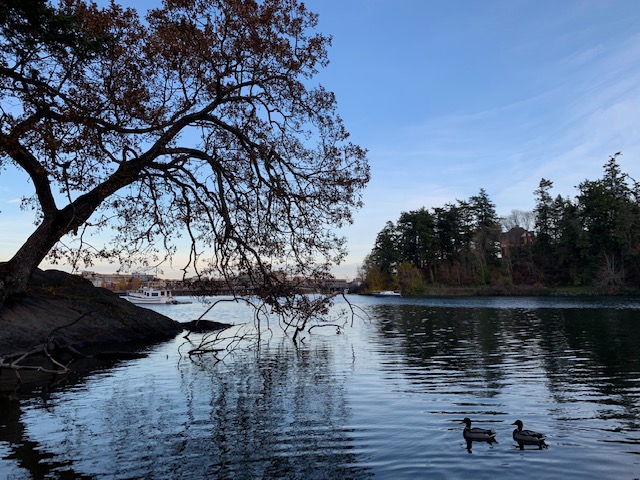 Taking Merlin on a Trip 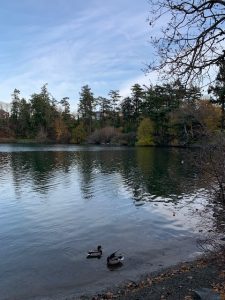 After exploring Merlin Bird ID‘s capabilities and description through their site and reviews, I decided to download it and try it out for myself. I explored the interface, tried some of the different capabilities through using my own photos from the past, and attempted at snapping some pictures of birds I saw on a walk and using the app in real time to see how well the app could actually identify the birds and how long it took. 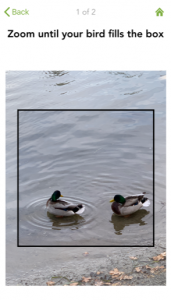 how quick and efficient it was. Sure enough, I snapped the photo of the ducks, cropped them into the Merlin screen, hit submit and within a minute, a list of possible birds popped up with the correct one (Mallard) as the top choice. After successfully identifying a bird by clicking “that’s my bird!” the identification gets added to the lab of ornithology database, eBird, attached to the app and Cornell University in order to ensure precision and accuracy for future birders looking for reference. 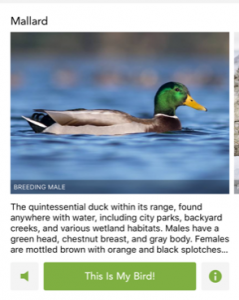 The next thing I tried was to identify a possible bird that I could hear scurrying around in the bushes on my walk, that I had seen before but was unable to take a picture of this time around, even though I knew they were there. So I utilized one of the other capabilities that Merlin has for bird identification. Photo ID is a great option but if there is no image of the bird you’re trying to identify you can also answer a series of questions about the potential bird and Merlin will try and figure it out for you that way. They start with a few generic questions like size, or where you saw it, and I figured it was here that the app might not be perfect. I assumed it would either require a ton of questions, or give too many options as answers that were too vague for actual identification. However, for the bird I was looking for, I only had to answer three or four questions and the result it gave me was close enough to being what I thought it was. The only downside is that without a really good visual for reference or if the bird had taken off, there’s no way to confirm that the identification was correct, although I assumed it was this time. 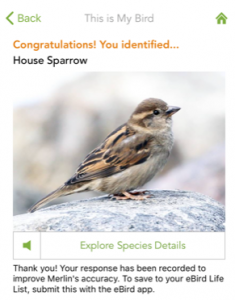 The last thing I did was look back in my photos to bring up an old image of a bird that I had and see if it could recognize that one, no longer attached to the current location because it was an old photo from somewhere else. It correctly identified that bird as well which I learned something new about. I thought at first it was wrong because I know them as whiskey jacks and the name that came up was a Canada Jay but after some further research I found out they are two names for the same bird. This was a perfect example of the further learning that can happen with an app like this, as well as getting students outside and exploring.

It was an enjoyable experience, and got me doing more research, paying more attention and being more observant outside, as well as fullfilling a satisfying feeling of contributing to research and successfully identifying birds as if it were a game or a scavenger hunt. I think, despite the data/room required on a phone to contain the app, it would be an exceptional tool for the classroom and place-based learning, in subjects ranging from science, to socials to outdoor ed.